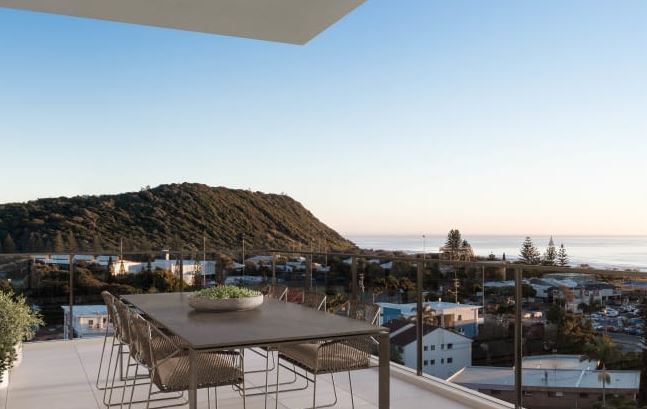 One-bedroom apartments, which are now all sold out, had started from $450,000, which included a car space

Just two weeks in to its sales launch and half of the apartments in The Tally, the latest apartment development to hit the market at Palm Beach, have already been snapped up.

Fraser has fielded over 1,200 enquiries so far.

“Gone are the days of waiting for an agent to be get in touch and chasing buyers who have enquired on the project,” Frazer says on the current booming market, adding that she’s never been so busy.

Fraser says there are a few stand out features of the project which are dragging a high level of enquiry, namely the location.

“The location is pretty extraordinary”, Frazer says, adding that the development is not far off the Gold Coast Highway for transport links, and the apartments either overlook Burleigh Heads, Tally Creek, or the beach.

There’s the affordable entry point of the development as well, a big drawcard in the current market with the wave of new multi-million dollar apartments targeting the luxury downsizer and owner-occupier dominating the Off the plan market space.

One-bedroom apartments, which are now all sold out, had started from $450,000, which included a car space.

Frazer believes we won’t see two-bedroom apartments of this level for some time. They start from $650,000, with two bathrooms and two car spaces.

The majority of buyers have been local owner-occupiers, with a handful of first home buyers and a few interested from interstate.

The Tally, spanning nine levels and designed by BDA Architecture, has a yoga lawn on the ground level and a rooftop which has a swimming pool with views across the beach. Completion is slated for early 2023.

“Inspired by the natural landforms of Burleigh Headland and Tallebudgera Creek, the fluid movements of waves, and the subtle curves of the creek, the architectural form and colour tones pay homage to the local context and history”
BDA Architecture

Frazer says good developers who build up a reputation in the area always go well when it comes to their next project.

MVGS recently developed Canopy, a similar development of 49 apartments also designed by BDA, nearby at 3-7 Twenty Fourth Avenue. Four of the buyers in The Tally have come from Canopy.