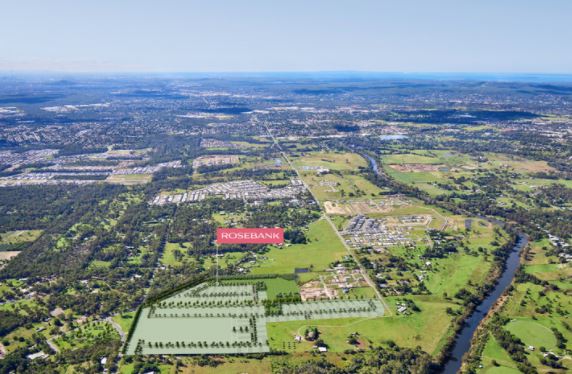 Pressure is building in the Brisbane-Gold Coast corridor to open up new tracts of land for greenfield residential development as the surge in house and land demand shows no signs of slowing.

Developers are struggling to secure sites and bring affordable stock to market as momentum in the post-Covid “back to the ’burbs” trend continues.

With the growth corridor bookended by land constraints in Queensland’s two biggest cities, an increasing number of house and land developers are sharpening their focus on Logan.

According to Gold Coast-based KDL Property Group managing director Kent Leicester, demand has been soaring since mid-2020 and a developer rush to secure remaining land in the corridor at the end of last year exacerbated what was already a “very limited land supply”.

“The surge in demand has not slowed and it looks like it will continue for some time,” he said. “Obviously, that’s led to a lot of pressure in the marketplace around land supply.”

Leicester said that since June last year KDL Property Group had experienced a 60 per cent increase in sales on a monthly basis.

“Since the onset of Covid the desirability of what type of home people want to live in and where they want to live has changed,” he said.

“We’re seeing demand from people wanting to live in the suburbs again, wanting to live on a block of land with a four-bedroom house, double lock-up garage and a dog in the backyard.

“And because all these suburban estates are now NBN-ready in areas with good amenities, people can work from home if they need to and don’t need to be as close or as commutable to the city … it’s less of an issue for them than it was 12 to 18 months ago.”

It is its fifth estate in the Logan area and comprises homesites ranging from 350sq m to 843 square metres.

Leicester said Logan had emerged as a strong area for growth and epicentre for house and land development because “it’s probably one of the only areas where there is a land supply that can be opened up in the Brisbane-Gold Coast corridor”.

“The Gold Coast, in general, is very constrained in terms of land supply.

“It’s very clear from the council that the strategy is not to open up greenfield sites and new tracts of land in the northern suburbs.

“Their strategy is to increase density along the coastline and approve more high-rise development to have the growing population live more on the coast. That’s a challenge.

“Brisbane, on the other end, is already very constrained and there are very few opportunities for larger scale land development.

“Meanwhile, in between, you’ve got Logan where the council is trying to find solutions to move forward and there is land supply that can be opened up.

“With approximately $18 billion in planned development, Logan is experiencing an incredible rate of growth, creating thousands of new jobs within the area.”

But according to Leicester, keeping a lid on affordability had become increasingly challenging in the corridor.

“There’s certainly pressure there, prices are getting higher … we’re always trying to keep pricing as low as possible but when there is constrained land supply and strong competition for sites, until more land can be opened up prices and affordability can only go one way.”

Leicester said the affordability issue also was being compounded by Covid-related supply chain issues, increasing the cost of construction.

Last month, the Queensland government announced it had unlocked nearly 50,000 lots between the Gold Coast and Sunshine Coast as population growth pushes up demand.

Land supply was part of the state’s Covid economic recovery plan to provide jobs as property prices continue to surge across the region.

Funding was also allocated for infrastructure including roads, sewage works and schools for the new lots near Redland, Moreton Bay, Logan and out to Ripley Valley.