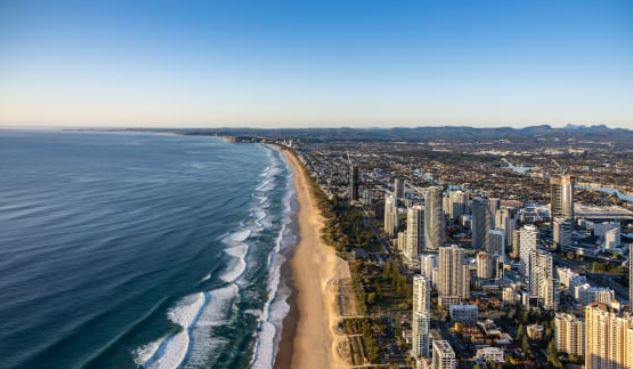 The $800 million mixed-use development will feature more the 330 apartments across two residential towers rising 30 and 40 levels.

The East tower known as The Albert will comprise 114 two, three and four-bedroom apartments over 30 levels.

The west tower, known as The Victoria, will rise over 40 levels and deliver 219 apartments of one, two and three bedrooms.

Construction is expected to begin mid next year and take two years to complete, the first of many Gold Coast projects envisaged by Iris Capital, Sydney developer, Sam Arnaout.

The $800 million high-rise development on Broadbeach will transform Broadbeach’s Niecon Plaza which was purchased for $58 million earlier this year.

The development will also include 5458 square metres of retail, dining and office space over two levels.

It will be the biggest project on Broadbeach since The Oracle apartments by the Nikiforides family more than a decade ago.

It was the same family which built the Niecon Plaza.

The site was bought from the family of late seafood king George Raptis.

The holding came with council approval for towers of 28 and 35 storeys, with a retail hub running from Broadbeach Mall to Albert Ave.

“The opportunity to purchase the Broadbeach site was not taken lightly and is in line with what we have been looking for – a multi-faceted, mixed-use project with ground-floor activation that complements the vertical village we are proposing,” Arnaout said.

“In my opinion, this is the best site in Broadbeach to deliver a landmark transformative precinct that will be well received by the end-user market and become an important legacy project for the Gold Coast.”

“Broadbeach is on the move and a new destination precinct is long overdue to complement the growth the region is experiencing,” Arnaout added.

“Our plans have been carefully crafted to ensure this will be a destination for everybody to enjoy. With every project we undertake, we like to dive into the DNA of an area and deliver for the end user. V&A Broadbeach will meet those objectives and transform what is already one of the most dynamic and most recognised areas of the Gold Coast.”