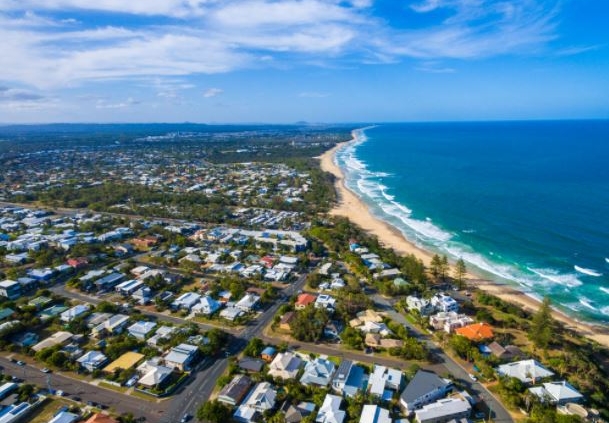 The Sunshine Coast property market is now outstripping Greater Brisbane and even the Gold Coast after house prices rose an eyewatering 23.1 per cent in a year, raising fresh fears over affordability and questions as to just how high prices will grow.

Spurred on by the swelling sea-change trend, low interest rates and the state’s track record of low COVID-19 cases, median house prices inched their closest yet to the million-dollar mark, arriving at a record-blasting $825,000 in the June quarter, according to the latest Domain House Price Report.

On the Sunshine Coast, house prices increased $155,000 in just a year, making it the steepest annual rise since 2004 and sparking new waves of buyer anxiety, particularly as stock levels remained painfully tight. 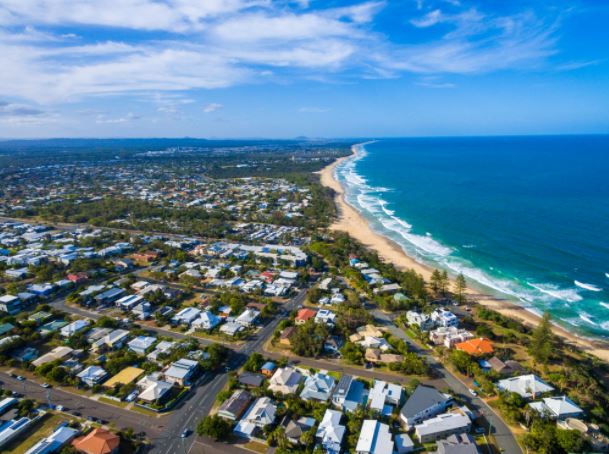 Sunshine Coast house prices increased by $155,000 in the space of a year. Photo: iStock

While detached houses continued to steal the show in both coastal cities, their respective apartment sectors managed to also collect impressive annual growth. Unit prices on the Sunshine Coast rose by 14.3 per cent from $490,000 to $560,000, and by 9.9 per cent on the Gold Coast to a clean $500,000 – up $45,000 from this time last year.

The climb in both sectors has revealed the incredible pulling power of each coastal hot spot, according to Domain chief of research and economics Nicola Powell, who said that, despite soaring prices, the cities remained cheap compared to Sydney and Melbourne.

While it could be a moot point for frustrated locals, Dr Powell said the last three months could spell a reprieve.

Over the June quarter, house prices increased by a slightly more subdued 4.8 per cent, and by 4.2 per cent on the Gold Coast. 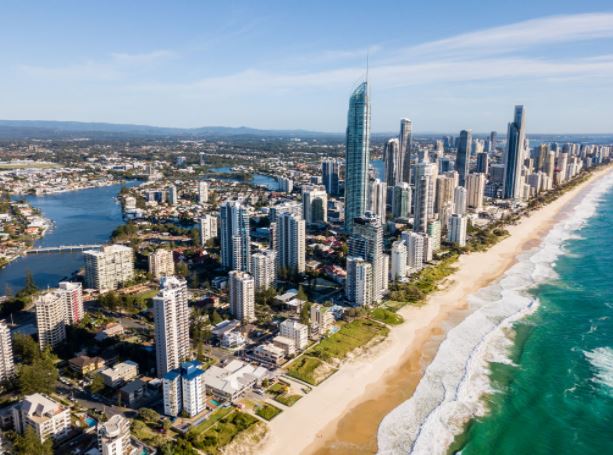 On the Sunshine Coast, Tom Offermann, of Tom Offermann Real Estate, said house prices were up by as much as a third in some pockets of Noosaville and Sunshine Beach – which he felt was largely fuelled by the pandemic.

“COVID-19 stimulated a lot of people to search for a new lifestyle, especially those from southern states, and coupled with historically low interest rates the flood of buyers descended on the Sunshine Coast with sizeable budgets,” he said.

“The supply side has been very tight [however], especially in Noosa where there is minuscule opportunity for new development due to strict planning controls and almost no vacant land. Over the past year we have had six to 12 registered bidders at most auctions and that is showing no sign of reducing.

“Premium properties are no exception,” Mr Offermann added. “We recently auctioned a beachfront block at 2 David Low Way [in Castaways Beach] which had expectations around $20 million, and we had 14 registered bidders. It reached $16 million at auction and has since sold for a much higher price.

“A heart-warming sale recently was when we were asked by a young 97-year-old lady to sell her Noosa Heads waterfront house … she and her late husband built the house in 1984.

“The sale was by auction with 13 registered bidders fighting it out until the hammer fell at $7.25 million. The low-set house was very modest by today’s comparisons, so the buyers saw the value in the 600-square-metre allotment.

“The interesting thing is that we had a dozen unsatisfied buyers left over, each with capacity in excess of $5 million to spend. Meanwhile, Joyce wasn’t too concerned about the wonderful price – all she needed was enough for the next move.”

Asked how he saw the interstate migration trajectory, Mr Offermann said he believed the trend would continue for years to come thanks to a backlog of sea changers still waiting to pounce.

On the Gold Coast, Ivy Realty director Isaac Kim said despite the documented ease over the past quarter, the three months up to June were among of the best he had had in eight years.

“I see record sales almost every week now … it is unbelievable and we are very overwhelmed. And it’s that demand from people from interstate [driving the growth],” Mr Kim said. “Since last year we have had about 27,000 or so interstate migrants and it’s going to continue to grow.

“And everyone is complaining there’s not enough stock because it’s all selling … in fact, it’s becoming a big problem for us … and I think we’ll see another big wave coming from interstate soon.

“The Gold Coast population doubles during summer time … and it’s because of the lifestyle and the climate here and that’s also what’s driving the price up … also the fact that the government is spending millions on infrastructure.

“So there’s huge room for [more] growth … this is just the beginning, we haven’t hit the highest peak yet