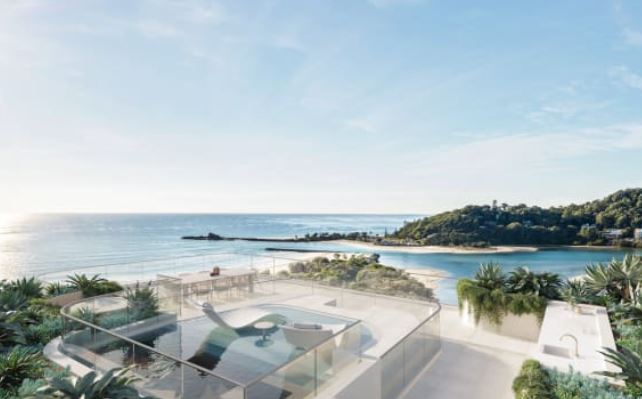 There will be just three and four-bedroom apartments, including three impressive three-level, four-bedroom sky-homes

Sherpa Property Group are set to continue to change the shape of Palm Beach with their luxury apartments.

The development firm, led by Christie Leet, has lodged plans for Perspective Nexus, their latest in the Perspective chain. The proposal comes after sell-out success at the nearby Perspective 488 and Perspective Two Sea.

Located on 1581 sqm at 949-953 Gold Coast Highway, Sherpa are planning a 14-storey building pitched at the downsizer. There will be just 34 apartments, half of the site’s allowable density.

There will be just three and four-bedroom apartments, including three impressive three-level, four-bedroom sky-homes, which each has its own private roof access where there will be a pool and spa and 360 degree views across the Gold Coast.

Designed by Hayes Anderson Lynch Architects, each of the apartments will have a home office and a private balcony. They are oriented to the north-east for solar access and views of the ocean.

Sherpa’s managing director Christie Leet says the team are excited to begin unveiling the in such a unique and highly sought-after location.

“Palm Beach encapsulates an eclectic mix of desirable water frontages including the vast Pacific Ocean as well as Currumbin Creek, which runs from the hinterland in Currumbin Valley down to Palm Beach where an abundance of lifestyle and activity on and around the water converge at Perspective Nexus.”

Leet said lifestyle was the driving force behind the design of Perspective Nexus, which rejects the more traditional quantity-over-quality approach to Gold Coast high-rise apartment development.

“True luxury is unrestrained lifestyle — doing what you love and engaging with life in natural surroundings while enjoying the ease and convenience in absolute comfort,” he said. “It’s all about how you want to live your life.”

Sherpa are simultaneously gearing up to migrate its ‘Perspective’ brand further north, lodging a development application for ‘Perspective Broadwater’ which will have just six full-floor apartments overlooking the esplanade and waterfront of Biggera Waters.