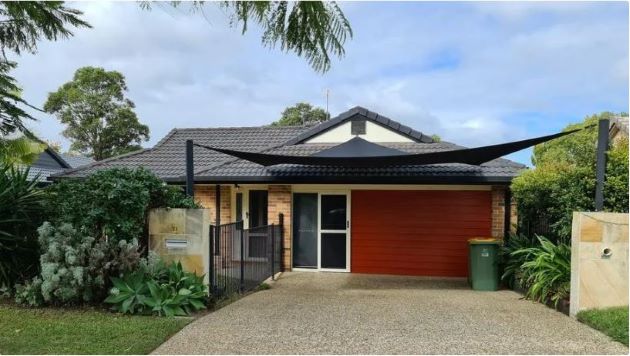 TENANTS in two Gold Coast suburbs should prepare themselves for a potential rent rise, a new report has warned.
The quarterly HOOD.ai Tenant Report identified the top 20 locations across the state where landlords were likely to push up rents at their next rental reviews, with tenants in Paradise Point and Merrimac on the Gold Coast firmly in the firing line.
Renters in Paradise Point, most famous for its rich-lister enclave of Sovereign Islands, have been hit by a staggering 47.5 per cent rise in median rent in the past 12 months.
Second only to houses in Burrum Heads in Maryborough, which had in increase of 51.5 per cent.
The report shows that the median rent in Paradise Point is $745 a week, with vacancy rates remaining tight at 0.7 per cent, which is up from $505 a week and a 0.9 per cent vacancy rate in 2021.

In Merrimac, which scraped in at No. 20 on the list, the median house rent has hit $650 a week this year, up from $520 in 2021, a rise of 25 per cent. The suburb’s vacancy rate has dropped from 0.7 per cent to 0.4 per cent.
HOOD.ai founder and CEO Tommy Fraser said the report highlighted the issue of rental affordability.
“Paradise Point has seen vacancies tighten over the past 12 months, perhaps because it’s such a prestigious waterside suburb,” Mr Fraser said.
“This is driving rental prices higher.
“Moving a few suburbs away won’t offer any reprieve, with the wider market seeing rental increases of 25 per cent for houses and 14 per cent for units in the past 12 months.”
“It is hard to see things easing in the short-term, with very few building approvals in the pipeline for houses or units.”
“Vacancy rates are low in many parts of Australia, and often falling as well, which is putting upward pressure on rents.”
Three-bedroom 31 Macadie Way, is available to rent for $750 a week in Merrimac.
To make sure every suburb had a legitimate rental market, suburbs were excluded if they had fewer than a total 500 properties and if rental properties made up less than 10 per cent of the total housing stock.
Suburbs were then ranked based on the highest change in suburban rental rates during the previous 12 months.
Property research consultancy Suburbtrends supplied the data.
Top 20 locations in Qld where landlords are likely to push up rents.
1. Burrum Heads, Houses
2. Avoca, Units
3. Paradise, Poin, Houses
4. Chelmer, Houses
5. Chuwar, Houses
6. Pomona, Houses
7. Beerwah, Houses
8. Gympie Unit
9. Bungalow Houses
10. Black Mountain, Houses
11. Corinda Houses
12. Yeppoon Houses
13. Jindalee Houses
14. Karana Downs Houses
15. Jones Hill Houses
16. Peregian Springs Houses
17. Tin Can Bay Houses
18. Hawthorne Houses
19. Montville Houses
20. Merrimac, Houses