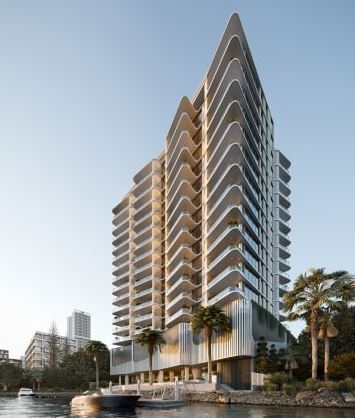 Property searches from New Zealand on realestate.com.au have surged to 363,000 monthly views.

Searches from New Zealand have increased by 35 per cent since April, in contrast to the UK and US, which have fallen 26% and 13% respectively.

Searches from China are 12 percent lower than last year and Hong Kong has dropped by 1 percent.

Overall overseas searches for properties to buy on realestate.com.au dipped in June by 6 per cent.

“NZ on the other hand, is benefitting from the trans-Tasman travel bubble, which opened on the 19th of April 2021, allowing “quarantine free” flights between Australia and NZ,” Karen Dellow, data analyst at REA Group noted.

The most popular suburbs searched in the June quarter by overseas property seekers was topped by the Gold Coast, followed the Melbourne CBD, the Brisbane Greater Region, Sydney, and the Sunshine Coast.

The queries from New Zealand have resulted on the Sammut Group has securing New Zealand buyer interest in its recent $110 million in conditional sales in its ultra-luxury Coast project after submitting a development application only four weeks ago.

More than half of the 43 beachfront apartments have been sold, ranging from $3.5 million to $9 million, including a buyer from New Zealand.

Other luxury projects on the Gold Coast include Shoreline, the latest Surfers Paradise tower to be created by Marquee Development Partners.

One Cannes at 1 Cannes Avenue, Surfers Paradise has three-bedroom apartments priced from $1,000,000.

Views to new developments in the past quarter have increased 11 per cent compared to last year.

The most viewed new developments on realestate.com.au by overseas property seekers includes:

The most-viewed development, 111 Castlereagh, a luxury development overlooking Hyde Park, was most popular with property seekers in the UK and US.

“The longer borders remain closed, the greater potential there is for these overseas property seekers to choose to purchase in another country,” Dallow noted.

The latest ABS data showed there were 36,190 short-term visitor arrivals in May in Australia, with 79% from New Zealand.