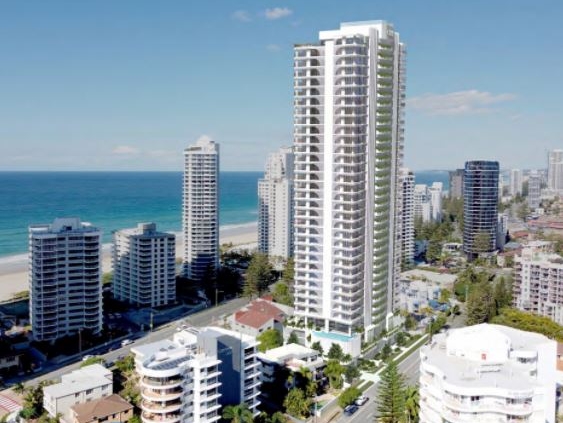 Queensland developers Gallery Group is beefing up its portfolio with plans for a 35-storey residential tower on the Gold Coast.

Five two-storey houses would make way for the development to be called Chalk, which, according to architects Raunik Design Group, would fuse art deco with contemporary design.

The design report said the brief had been to create something inspired by the naturally formed chalk mineral “by exposing the beauty of raw, unfiltered natural materials to unveil a purer way of living”.

“Naturally formed materials such as concrete, glass and stone are intertwined carefully with earthy tones to create a grounded atmosphere both in and around the building,” the report states. 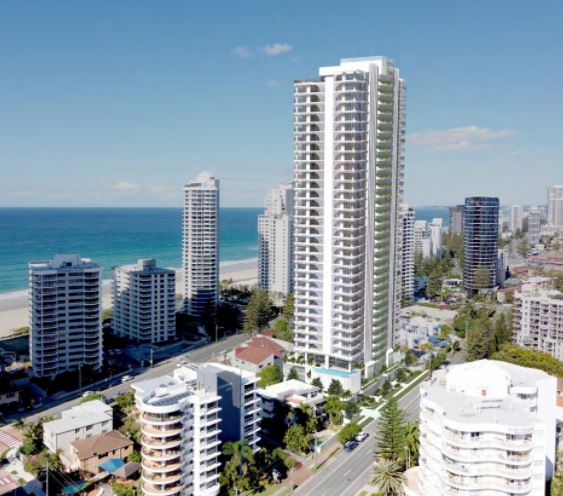 A glass minimalist facade will capture views of the coastline and Broadbeach, while communal amenities including a pool, gym and function space are provided on level 4 and the rooftop.

The land is zoned for high density, with no building height restrictions. A 17-storey development has been approved by the Gold Coast City Council on a neighbouring site on Old Burleigh Road. 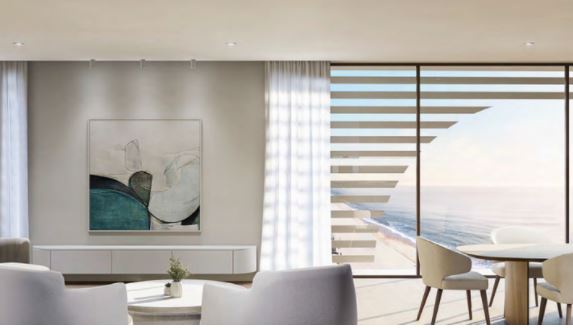 Gallery Group’s land development and projects arms have both squarely focused on house and land communities in south-east Queensland.

But, like some other Gold Coast-based developers, Gallery Group is now swooping on the hot Gold Coast apartment market, where average apartment sales are more than $1 million.

About $800 million of apartment stock was sold in the March quarter—just $112 million short of the total sales in 2020.