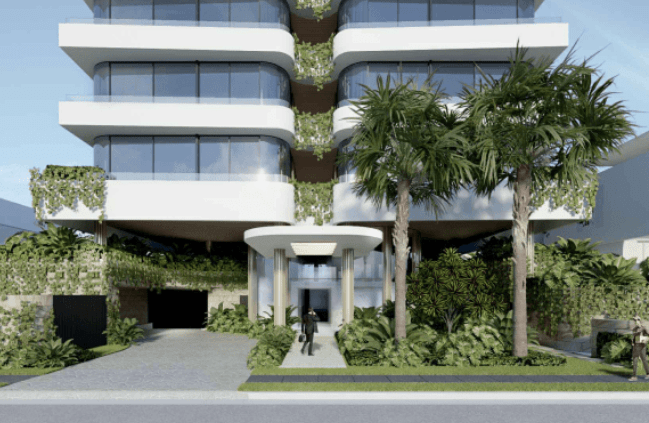 The current building, the well known Hibiscus on the Beach which has stood since the early 1980s, will make way for the BDA Architecture-designed tower which will have 33 apartments

The Melbourne property developing Stamo​ulis family is the next camp to take their eyes to the hot Gold Coast apartment market.

A company associated with family patriarch Harry St​amoulis, as well as Nick Parthimos, a board member at Hellenic Museum which was founded by Harry’s late father Spiros Stamou​lis, has just lodged plans for Ari, a 21-level apartment tower at 3555 Main Beach Parade.

The current building, the well known Hibiscus on the Beach which has stood since the early 1980s, will make way for the BDA Architecture-designed tower which will have 33 apartments, just two per floor until level 16 where from there will be just whole floor apartments, until the huge two-level penthouse. 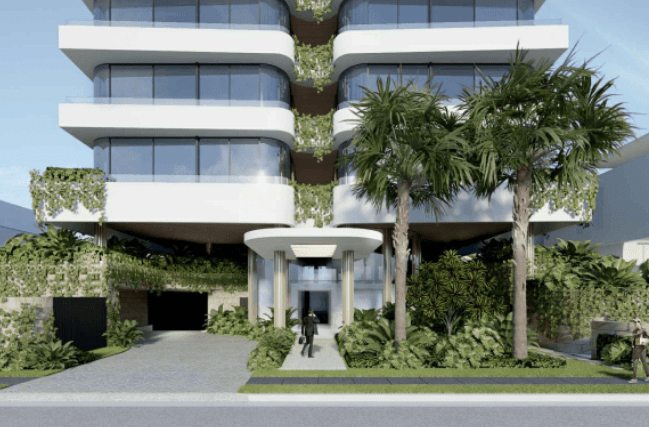 The apartments are oriented to face the beach, with the open plan kitchen living and dining areas opening to an ocean-facing balcony.

Each of the bedrooms in the three-bed apartments have an ensuite and walk-in wardrobe. There’s also a second living area located on the western side of the apartment, facing the city.

The five sprawling four-bedroom apartments each have their own central lobby. Again, each bedroom have a walk in and ensuite, but the master bedroom has two walk ins and two ensuite bathrooms, one with a stand alone bath and one with a shower.

There are three living areas, and a separate home office room. A deeper balcony is accessible off the master and wraps around the main living and dining space.

The huge penthouse starts at level 20, with the same four-bedroom floorplan as the whole-floor apartments, but with stair and lift access to a private rooftop terrace where there’s a pool, spa, a number of terraces, and extensive seating.

The first level will home the building amenity, which includes a gym, multi-purpose room, business centre, and a spa with a sauna and steam room, and an impressive 25 metre lap pool that faces the beach.

According to CoreLogic’s the company associated with Sta​moulis and Parthimos only own one apartment in Hibiscus on the Beach, bought for $670,000 in October.

The beachfront side of the Main Beach Parade dress circle has been particularly popular in recent years. Late last year Gold Coast businessman submitted $160 million plans for a 21-level tower with just 24 apartments.

A few doors the other way is Midwater, the huge 47-level tower by Heran Building Group.