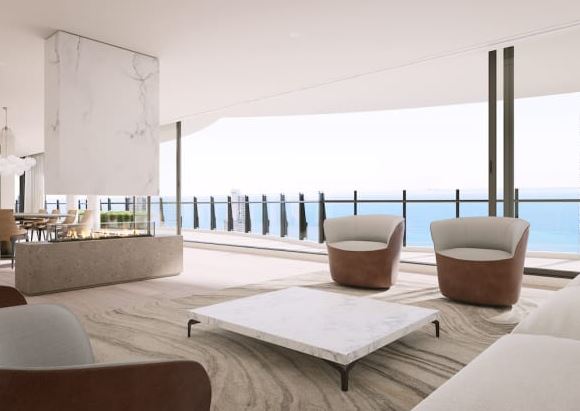 There’s been a continued uptake in residential apartment projects, with some developers still seeing exceptional results in the early weeks of launching

Any fears of oversupply across the Gold Coast were well and truly quelled in September, with data form Urbis suggesting that, if the current sales demand continues and no new developments are released, there would only be around four months of apartments left.

There’s been a continued uptake in residential apartment projects, with some developers still seeing exceptional results in the early weeks of launching.

Chevron One adds further level of luxury, with the new Sky Homes release featuring the Gold Coast’s biggest ever penthouse

Chevron One, set to reign as Chevron Island’s only luxury high-rise apartment tower, is about to achieve another level of luxury the Gold Coast hasn’t seen before.

The Melbourne-based Bensons Property Group has released its Sky Home collection, starting from levels 31 and rising to level 41, soaring nearly 100 metres in the air. Bensons hadn’t released the high-level apartments, but are now seeing high demand in ultra-luxury, large apartments in the sky.

When complete, Chevron One will be the tallest tower on the exclusive island, and the tallest there ever will be, with the Gold Coast City Council two years ago bringing in strict planning laws, limiting future apartment projects to 33 metres, or 12 storeys. 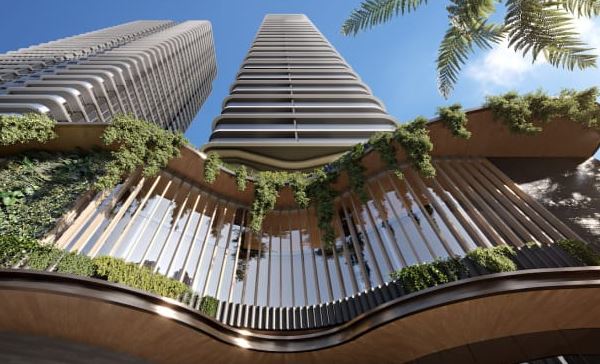 The $800 million mixed-use development will feature more the 330 apartments across two residential towers rising 30 and 40 levels. Construction is expected to begin mid next year and take two years to complete, the first of many Gold Coast projects envisaged by Iris Capital, Sydney developer, Sam Arnaout.

The East tower known as The Albert will comprise 114 two, three and four-bedroom apartments over 30 levels.

The west tower, known as The Victoria, will rise over 40 levels and deliver 219 apartments of one, two and three bedrooms. 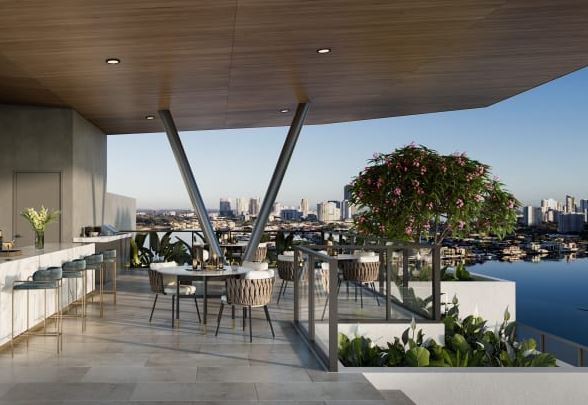 The final five apartments in the sought-after Allure development on Chevron Island have been released to the market, at a time where the supply of new apartments is nearing record lows.

Each of the apartments left in the Macquarie York-developed, BDA Architect-designed building at 26-28 Dalpura Street, have three bedrooms and a multi-purpose room.

Macquarie York founder Roy Skaf said that the timing of launching Allure, which has netted over $72 million in sales, coincided with a demand for high-quality residences in the heart of the Gold Coast. 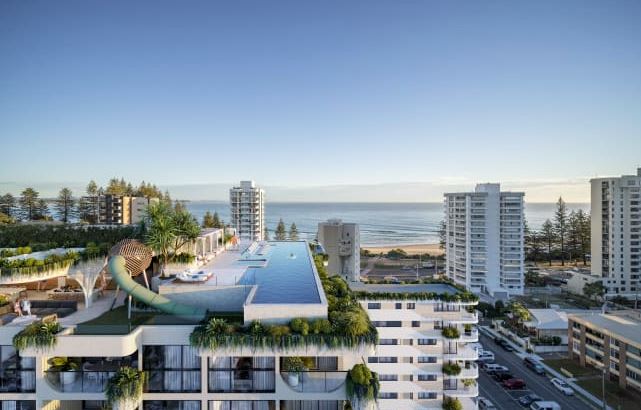 It took just a weekend soft launch for the luxury developer S&S Projects to secure over half of the sales in its latest Gold Coast apartment development, Esprit.

Esprit, at 217-227 Boundary Street, in the sought-after Rainbow Bay location in Coolangatta, sold over half of the 97 apartments on offer in the two interconnected Cottee Parker-designed buildings.

No surprise in the quick-fire sales by KM Sales and Marketing agent Jayde Pezet given the location, the fact Esprit is crowned by Club Esprit, the Gold Coast’s first ever residents-only rooftop wellness centre, and the size of the apartments.

Following the launch of its boutique Kirra Beach apartment development The Emerson, the Melbourne-based developer Hirsch & Faigen are on to their next project.

They’ve lodged plans for their recently acquired 1,905 sqm Mermaid Beach site, 7-9 Mermaid Avenue at the northern end of Mermaid Beach, which was bought back in June.

H&F, led by the Melbourne lawyer Daniel Faigen and Richard Hirsch, has had ROTHELOWMAN design Yves, which will comprise three 25-level towers. They will home a total of 145 apartments.

The Brisbane-based development and construction firm, Siera Property Group, are the latest in a wave of developers heading to the Gold Coast for the first time.

Seira, headed by the managing director and founder Brent Thompson, has laid plans on the sought-after Chevron Island for a 17-level project dubbed Tapestry, paying homage to the Island’s new Home of the Arts precinct.

The plans by the local BDA Architecture will see 83 apartments built on a 1,518 sqm site at 39-43 Darrambal Street, toward the southern end of the island.

Thompson, who sits on the board of UDIA QLD and chairs the Brisbane City Council Policy Committee, sees it as a shift in thinking for the company, who made their name in the Queensland capital developing luxury townhouses in Brisbane’s inner ring.

The Gold Coast developer Sherpa Property, who have been developing and finalising plans for a number of luxury apartment projects in Palm Beach, are broadening their horizons.

Sherpa, led by chief executive Christie Leet, are continuing the trend of their Perspective collection in Biggera Waters, lodged plans for a boutique apartment development overlooking The Broadwater at 536 Marine Parade.

The exclusive building will have just seven apartments, six full-floor, three-bedroom apartments and a two-storey penthouse overlooking Broadwater and the surrounding parklands.