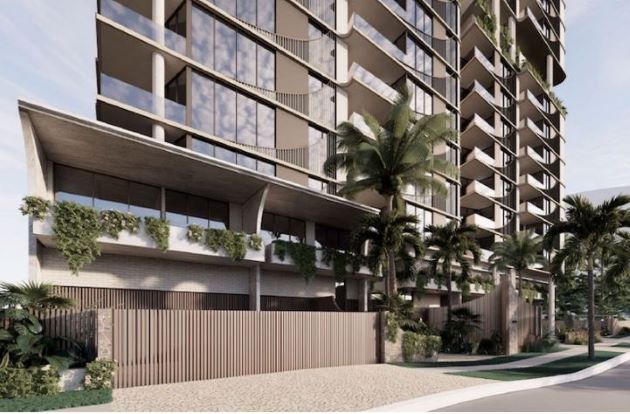 With new projects seemingly emerging on a weekly basis, there’s no doubt the Gold Coast is running hot, especially in the residential sector.
But is that all set to change? Apartment construction on the coast is nearing the peak of its cycle but material shortages exacerbated by the recent floods risk slowing projects down.
And despite low supply, there’s little appetite for new commercial projects, especially in the office space, with this part of the market showing definite signs of having plateaued.
PRD Real Estate’s data shows there are 443 projects slated for this year across the Gold Coast.
Of these, 22 are local government owned and 29 state government owned—none have been abandoned or deferred.
“All have either firm, commence construction, early or possible project status. The rest of the 392 projects are privately owned,” PRD Real Estate chief economist Diaswati Mardiasmo says.
“Of these, 19 have been abandoned and 20 have a status of deferred.”
The 19 projects listed as abandoned range from an estimated value of $2.1 million for a seven-townhouse project at Pimpama-Jacobs Wells, to $350 million for the Orion Towers mixed-use development proposed for Surfers Paradise.
“Most of the abandoned projects would have added apartments to the market in various areas of Gold Coast. Others included industrial sheds, retirement villages and commercial uses,” Mardiasmo says.
Rider Levett Bucknall director Jim Krebs​ says it’s been a very positive couple of years for the Gold Coast for revenue growth and sales volumes, and that has resulted in higher approvals values across the board.
“But the feasibility of some projects is now under pressure and a number have been formally put on hold,” she says.
“In other instances, developers are taking stock of the market and trying to find a way to make feasibilities work, coming off the back of a couple of years of very solid growth and healthy DA approvals.”
Krebs notes that the Gold Coast has historically had low supply levels of apartment stock and very low vacancy rates from a rental perspective.
“So, there’s opportunities there for both build-to-sell and build-to-rent projects,” he says.
While new projects are still coming, construction activity is likely at the top of its current cycle. But solid fundamentals still support the residential market, particularly smaller scale developments and larger apartments aimed at owner-occupiers.
“There’s been a lot of action at the mid-market level in recent years and there’s a couple of reasons for that,” Krebs says.
“These properties are easier to market and are more suited to owner occupiers versus investors.
“They are also less risky in terms of the amount of capital needed, size of site, funding availability and risk profile.
“A number of larger scale, 200-plus unit developments are launching sales this year. So, there is confidence around that sector of the market.”
▲ Sydney developer Leith Group’s planned 27-storey, 96-apartment development in Surfers Paradise.
For the coast’s commercial property sector, CBRE director Tania Moore says while the office market has seen limited new supply during the past decade, above average leasing take-up during the past two years has seen vacancy rates fall to below 10 per cent for the first time since 2008.
“This reduction in vacancy has activated investigation into the feasibility of new office developments across the Gold Coast and particularly along the M1 corridor where land values are more affordable,” she says.
Nevertheless, Moore says, market conditions currently do not support a high volume of new supply to enter the market, as happened from 2006 to 2009 when more 110,000sq m of office space was delivered.
“This is primarily due to lack of land supply, heavy scrutiny on constructions costs due to supply chain issues and rental levels requiring further growth to support current construction costs,” she says.
“These constraints to new development will ensure a more controlled approach to new supply but also support strong market fundamentals for existing office landlords, based on tenant appetite for space.”
CBRE’s data shows that currently there is 21,207sq m of office space under construction across six buildings from the southern to northern Gold Coast.
Only three of these are in traditional office precincts, which will provide challenging market conditions for occupiers who want to be on the coastal strip.
Buildings under construction are sitting around 40 per cent pre-commitment levels and all buildings are due for competition by the first quarter of 2023.
Inflation the challenge
Inflation affecting the cost of construction is the single largest challenge facing Gold Coast property developments.
“There has been significant cost escalation, particularly in residential tower developments,” Krebs says.
▲ A render of the 24-storey, $85-million apartment high-rise proposed for Broadbeach by QNY Group.
“This has been driven by substantial increases in materials costs underpinned by rising commodity prices and disruptions to supply chains, increases in logistic costs, shippings, extended lead times and shortages in skilled resources and capacity.”
This is a particular problem for reinforcement steel, aluminium windows and doors and heavily processed items.
“A wet summer, a large flood repair bill across south-east Queensland and northern NSW, and geopolitical issues are exacerbating some of the supply chain and logistic challenges. So external market factors are influencing construction more than just economic factors,” Krebs says.
As for who’s investing in projects, Mardiasmo says there is still a large proportion of projects owned by private entities, who account for 88 per cent of the projects.
Of the 392 privately owned projects, NSW investors account for 16, Queensland investors for 368, South Australians are funding two projects and Victorian investors have an interest in six.
“It’s still mostly Queensland players. Overall, 230 of the projects in 2022 are being spearheaded by Gold Coast companies, which will contribute to local job creation,” she says.
Although the cycle may be close to topping out, there is still optimism in the Gold Coast market.
“The fundamentals are still very strong in terms of population growth, lifestyle and buyer demand,” Krebs says.
“Supply is still low, so that will means developments can continue to get out of the ground, albeit with a little bit more scrutiny around ensuring contract prices remain at competitive levels.”