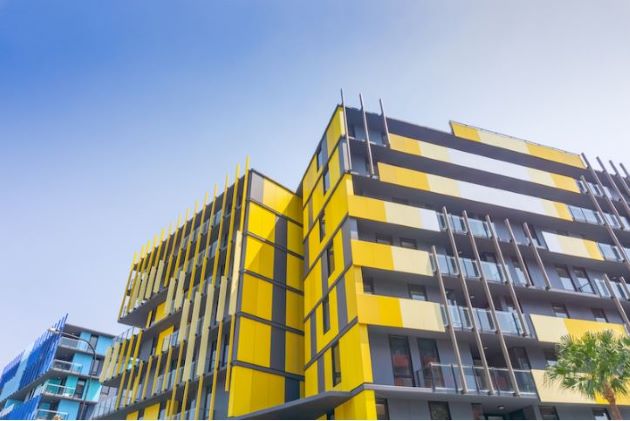 The Gold Coast’s record run of apartment sales has cooled with numbers for the first three months of the year falling to pre-Covid levels.
A report compiled by property consultancy Urbis shows the Gold Coast recorded 377 new apartment sales in the March quarter, about 38 per cent down on the previous three months and about half that of the same time last year.
The result also falls short of last year’s low of 450 sales for the June quarter.
“Sales have certainly eased off their 2021 highs in the latest quarter but that’s not unexpected considering the high levels achieved last year,” said Urbis director Lynda Campbell.
“But remember last year was exceptional,” Campbell said, pointing to three record quarters.
She said the data continued to highlight ongoing shortages of new apartments, with just 411 units still for sale at the end of March. That’s the lowest number since Urbis began monitoring the new apartment market in 2014. And despite 11 new projects being launched during the quarter.
“Last year was very different,” she said. “There were a lot of owner-occupied apartments, large floor plans on expensive apartments and a lot of interest from interstate buyers. Queensland was seen as a bit of a haven from Covid.”
Based on the current quarterly sales rate, the Gold Coast has just 3.3 months of supply remaining.
“The key statistic this quarter is the drop in the number of apartments for sale to a record low, which shows the supply side is still failing to keep up with demand.”
Most of those 411 apartments unsold at the end of March are in just three areas of the Gold Coast Central precinct—Southport, Surfers Paradise, and Broadbeach.
Campbell said they would be looking closely at four big projects due to launch on the Gold Coast, which would indicate what the remainder of the year might look like.
▲ While the city’s apartment market has eased, observers remain bullish.
Iris Capital has been given approval for the $800-million Victoria and Albert apartment tower at Broadbeach. Meanwhile, Melbourne-based Gurner Group’s La Pelago mega-project will include four towers across 11,000sq m at Ferny Avenue, Surfers Paradise. The $1.75 billion project will house more than 900 residences and about 200 hotel suites up to 60 levels.
Another Melbourne-based developer, Central Equity, has reportedly begun early sales at Pacific One, a 359-apartment tower, also in Surfers Paradise. And SPG Land has been given approval in the same area for Paradiso Place with 792 apartments.
“These are likely to alleviate the supply problem, although they are very different projects,” Campbell said. “They are all large-scale and resort-style. We’ll be watching these sales closely as the market digests rising interest rates and any new initiatives at the federal level.”
She said construction costs and supply-chain issues meant it was possible not as many projects would make it out of the ground. And volatile weather in NSW and Queensland had put a dampener on construction activity over the first quarter.
“But at the same time there has been record low unemployment and record low supply levels.”
However, observers remain bullish. Prior to 2021, the Gold Coast market absorbed an average of 1,100 new apartments a year with a high of 1,600 in 2015 and a low of 800 in 2017. If the March-quarter sales of 377 are repeated throughout the year, 2022 could become the third biggest year for sales behind 2015.
“The dominant buyer profile for Gold Coast apartments remains owner-occupiers looking for larger apartments,” Campbell said. “While supply dropped, the price increased. Almost a third of the sales—about 31 per cent—were at price points above $1 million, which reflects the general increase in apartment values.”

AREC summit: how to seal a mega-deal on Multimillionaire’s Row
Scroll to top