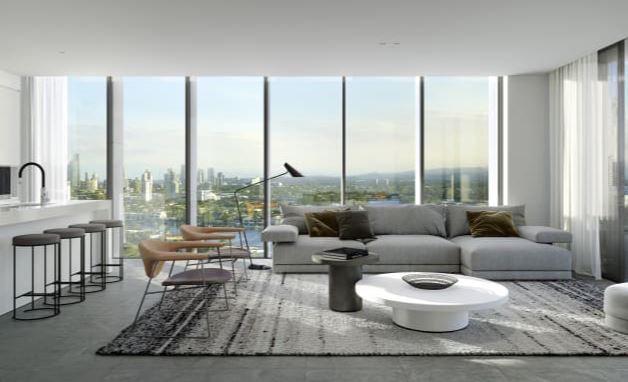 Over two thirds of the 90 sales so far have been to owner-occupiers, with 75 per cent of those being locals

The final five apartments in the sought-after Allure development on Chevron Island have been released to the market, at a time where the supply of new apartments is nearing record lows.

Each of the apartments left in the Macquarie York-developed, BDA Architect-designed building at 26-28 Dalpura Street, have three bedrooms and a multi-purpose room.

Macquarie York founder Roy Skaf said that the timing of launching Allure, which has netted over $72 million in sales, coincided with a demand for high-quality residences in the heart of the Gold Coast.

“Locals in particular have a strong awareness of Chevron Island’s distinctive charm, retaining a village-like atmosphere while being just moments from the vibrant coastal precinct just across the bridge.

“Allure has also captured the attention of savvy interstate buyers either looking to make a home for themselves surrounded by opulence, or those seeking a savvy investment opportunity in an area of incredible appeal.”

Over two thirds of the 90 sales so far have been to owner-occupiers, with 75 per cent of those being locals. The rest are southeners moving from New South Wales and Victoria to take up residence in the 17-level building.

Prices start from $1.1 million for the last release, and range to $1.3 million.

Allure is set to be one of the first developments completed on Chevron Island, which has recently seen a wave of new boutique developments hit the market and the Gold Coast City planning application portal.

Urbis’s Gold Coast Apartment Essentials report for Q2 revealed that just over four months supply of apartments remain if sales rates continue as they are, and no new projects are released.

The central Gold Coast precinct remains the epicentre of market demand, accounting for or more than half the total sales on the Gold Coast over the second quarter.

Construction of Allure is currently underway with completion expected early next year.

Macquarie York’s Gold Coast debut success of Allure has spurred plans for the developer to introduce its prestigious product to the southern Gold Coast, laying plans for an ultra- boutique collection of residences in Palm Beach.