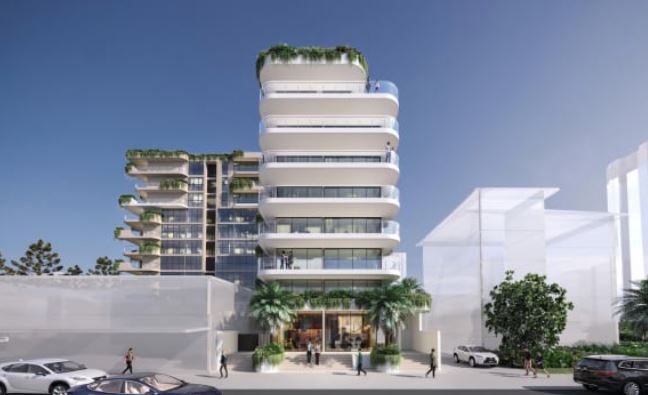 There were a number of development updates and lodged plans up and down the Gold Coast over June, as well as a sales update considered by many as one of the best selling towers ever seen on the Gold Coast.

Urban has wrapped up the movements on the Gold Coast across June.

Stokes, managing director and chief executive of Seven Group Holdings which his father Kerry Stokes founded in 1991, has lodged plans for Akuna, a boutique block of just 13 apartments designed by the Brisbane-based Modulus Architecture at 39-41 Jefferson Lane, Palm Beach.

The site at 2 Musgrave Street will become a boutique tower of just 11 beachfront apartments, each with three bedrooms and internal living space of over 280 sqm.

Each apartment will have two living areas, a butler’s pantry, wine cellar and a dry bar. Secure lift access will lead to each residence’s private foyer.

Fresh off the success of their nearby Flow and Awaken Residences, the Gold Coast developer S&S Projects has lodged plans for its latest coastal development.

They’re set to develop a mixed-use precinct at 217-227 Boundary Street Coolangatta, a few streets back from Rainbow Bay.

They’ve secured sales of over 43 of the 49 total apartments, with sales so far ranging between $3.5 million and $9 million, at an average of $4.5 million.

In the 1930s the Old Burleigh Theatre was a popular cinema and dance hall.

The Goodwin Terrace building is now set to start its new life as a mixed-use development, with the Sydney-based developers Weiya Holdings receiving sign off from the Gold Coast Council to create a new local hotspot.

The development will be the first ever adaptive re-use of a building with heritage elements on the Gold Coast.

There will be 30 apartments designed by the Brisbane-based architecture firm Conrad Gargett, who specialise in heritage restoration

Five properties you can buy in Queensland under $495,000
Scroll to top