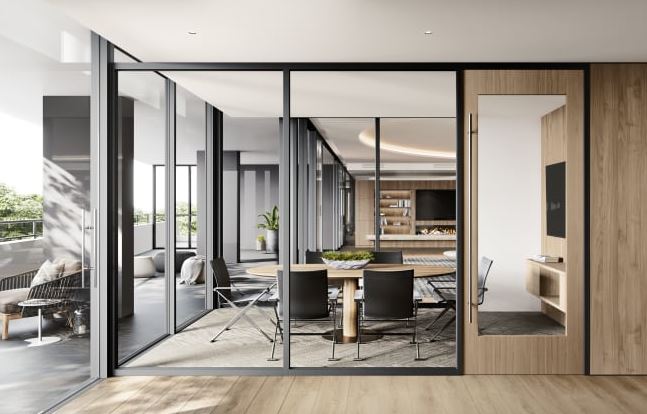 The developer Aniko Group has continued to see huge success on Hope Island on the Gold Coast.

Since launching Athena Residences three weeks ago, Aniko has secured over 60 per cent, some $55 million, of sales at the $125 million Sickle Avenue development, with local owner-occupiers making up most of the purchasers.

Investors are continuing to creep back in to the market. They made up a third of sales.

The quick sales come following their sell-out of its $140 million development, No. 1 Grant Avenue, located across the road.

“We are humbled and encouraged by this continued demand and support for our luxury waterfront apartment living in Hope Island, Aniko Group founder George Mastrocostas said.

“We are fortunate to be able to meet the market’s expectations once again with an exceptional collection of high-end homes at Athena Residences.

“Our sales program has steadily continued its pace from 1 Grant Avenue to Athena Residences unabated, which serves to confirm our deep-rooted belief in Hope Island as the leading residential precinct for luxury waterfront downsizer living,” Mastrocostas added.

Set on the opposite site to its No. 1 Grant Avenue, Athena Residences will have16 one-bedroom apartments, 153 two-bedroom apartments and an exclusive release of 16 luxury three-bedroom Skyhomes, which will range in size from 170 sqm to 260 sqm.

Aniko are seeking to get private marina berths approved from the council for residents.

Mastrocostas said the key drivers for the downsizer trend has been the opening of the Hope Island Marketplace shopping precinct, as well as the pending Coomera Connector, which Mastrocostas says he has no doubt  have really made Hope Island a sought-after, central location in which to live.

“Notwithstanding we have tapped into a growing cohort of downsizers by creating a luxury, affordable waterfront apartment living that previously was lacking in the Hope Island precinct.”

Aniko are working on plans for another Hope Island development of waterfront townhouses on a recently acquired site nearby on Grant Avenue.

Peter Malady, Sales and Marketing Director at Aniko Group, said it’s incredible to see the strength of the local market which has just been superseded by interstate interest in recent months.

“Local downsizers and first home buyers have a strong appreciation of Hope Island’s value and aren’t going to sit idly by when a premium waterfront product such as this hits the market.”

“Athena Residences is a unique product in that it provides an adaptive layout typically unseen in apartment floorplans, allocating additional space to allow for the choice of working from home, plus the resort style facilities and the abundance of open space and greenery which covers a massive 60% of the site, Malady said.

The first release of Athena Residences encompasses 122 units – including two-bedroom and study and three-bedroom Skyhomes – ranging in price from $479,000 to $1.5 million.